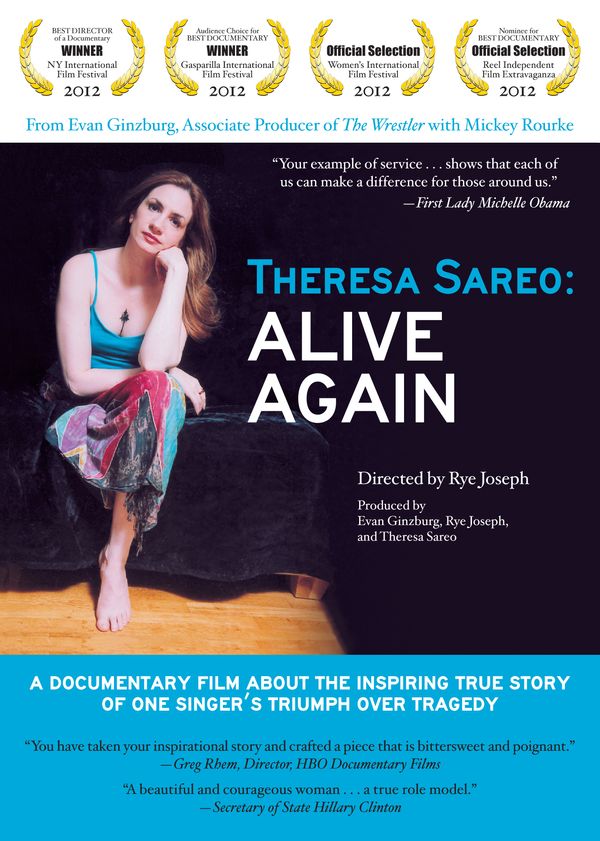 Theresa Sareo: Alive Again — The critically acclaimed, inspirational true story of New York City singer/songwriter Theresa Sareo — whose life was forever changed when she lost her entire right leg in a tragic accident on the corner of Manhattan’s Park Avenue and 34th Street.

“You have taken your inspirational story and crafted a piece that is bittersweet and poignant.”

“You are an inspiration to all.”
David Yates, Co-Producer Dolphin’s Tale“

“She is the ‘Mother Theresa’ of the U.S. Military.”
Sgt. Maj. (Ret) Antonio Reyes

This moving, award-winning documentary gives an up-close and personal look into her challenging physical and emotional rehabilitation, courageous return to her music career, and unexpected path to support trauma victims and wounded military around the world.